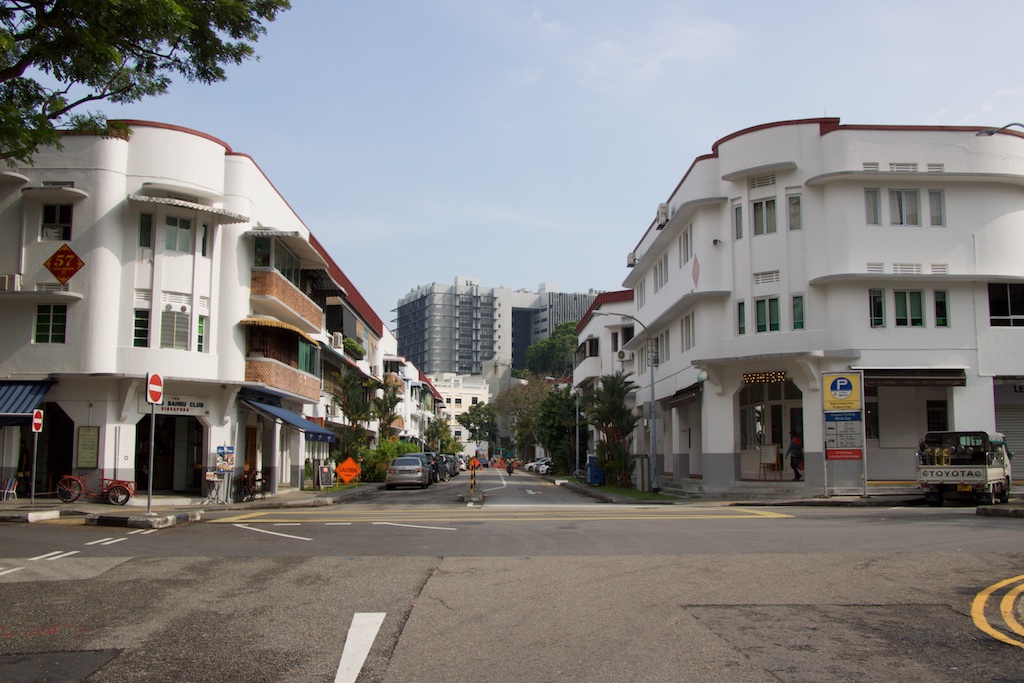 Something very sad happened yesterday… I was in Little India taking pictures when all of a sudden the memory card in my camera just flat out failed. Failed. For no reason whatsoever. I’ll go back to Little India soon to retake pictures (because there’s so much I’m dying to share) but some of those pictures are unfortunately lost forever. May all the amazing pictures of the vintage champagne brunch I took at Swissotel forever rest in peace.

Moving on… Last weekend, I took the bus down to the super cute neighborhood of Tiong Bahru. You’re probably wondering, “You took… a bus?” Singapore actually has a very clean and efficient bus system, not at all what like the busses we have in the US (especially Houston). Depending on where you are headed in Singapore, sometimes the bus is quicker because the stops are closer to your destination than the MRT. The busses use the same pre-paid card as the MRT, so it was very easy to hop on the bus at the stop in front of my hotel and arrive in Tiong Bahru 20ish minutes later for less than $1 USD.

If I had to describe Tiong Bahru, I would say its hipster heaven. It’s one of the oldest residential neighborhoods in Singapore, but these days it’s a mecca of speciality shops, cafes and bookstores like the ones below: 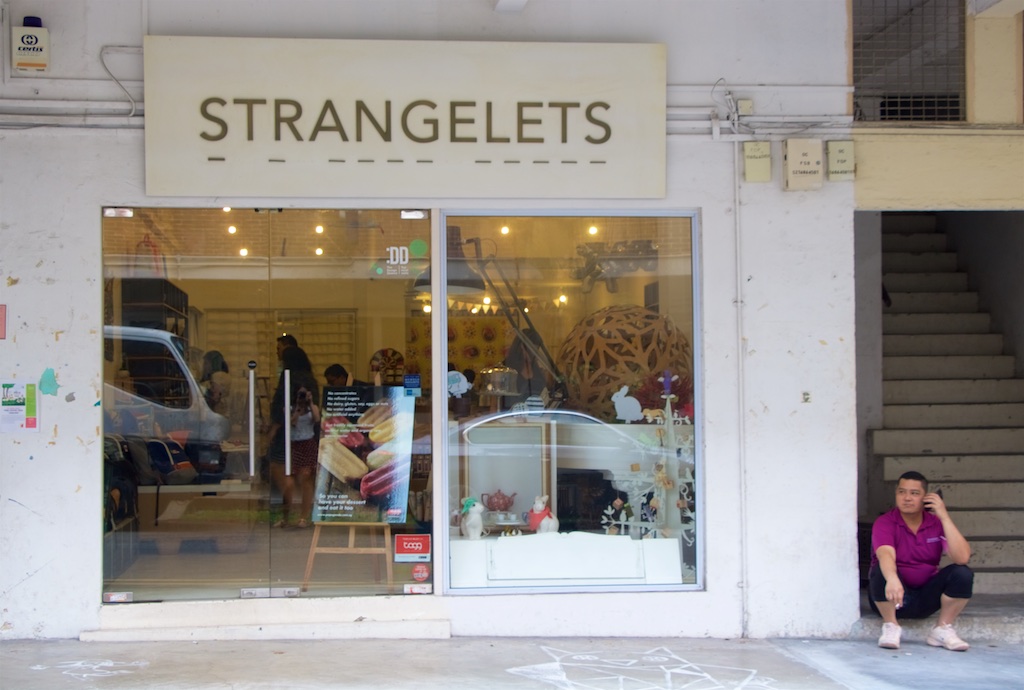 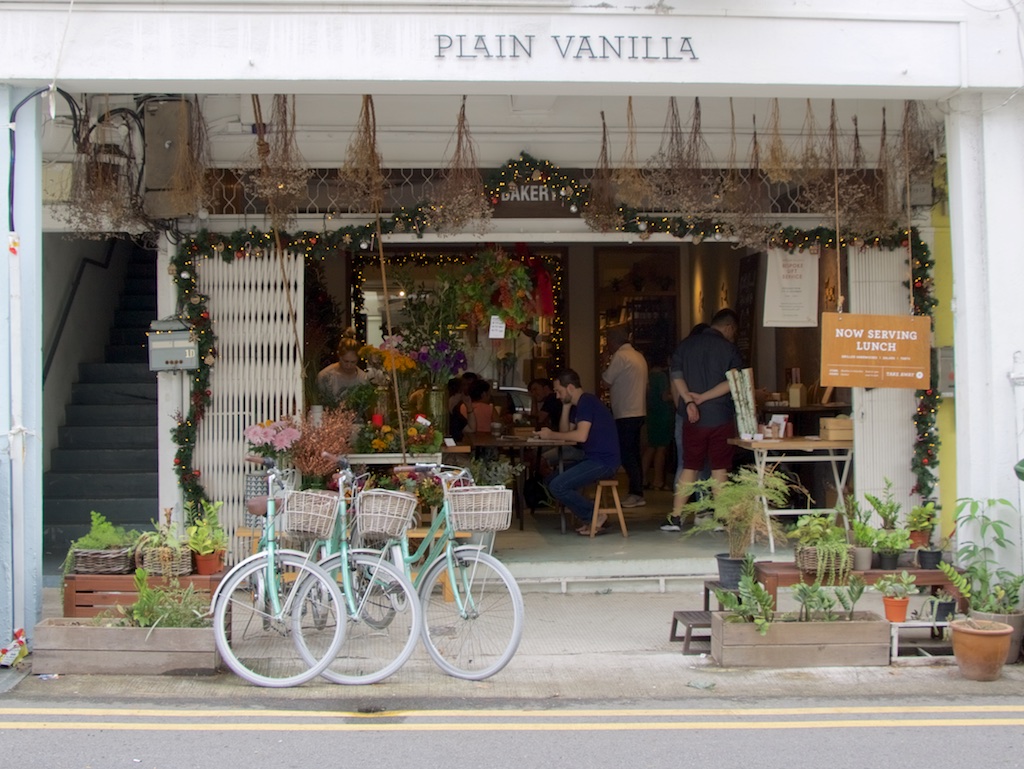 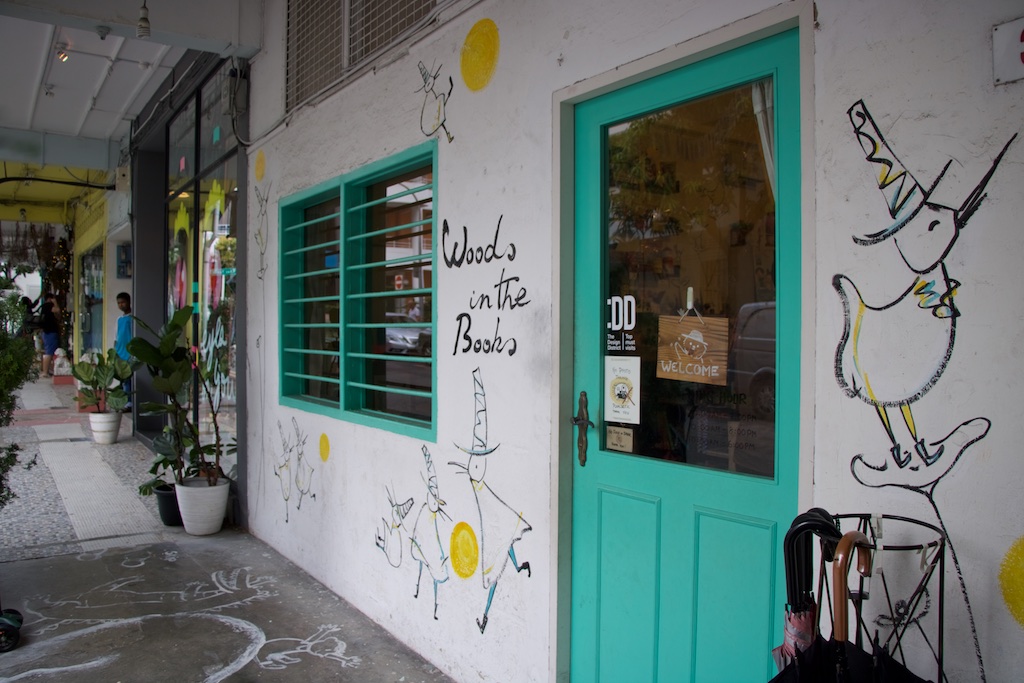 I stopped into Forty Hands cafe for a cup of coffee, but exercised restraint and resisted the desserts. 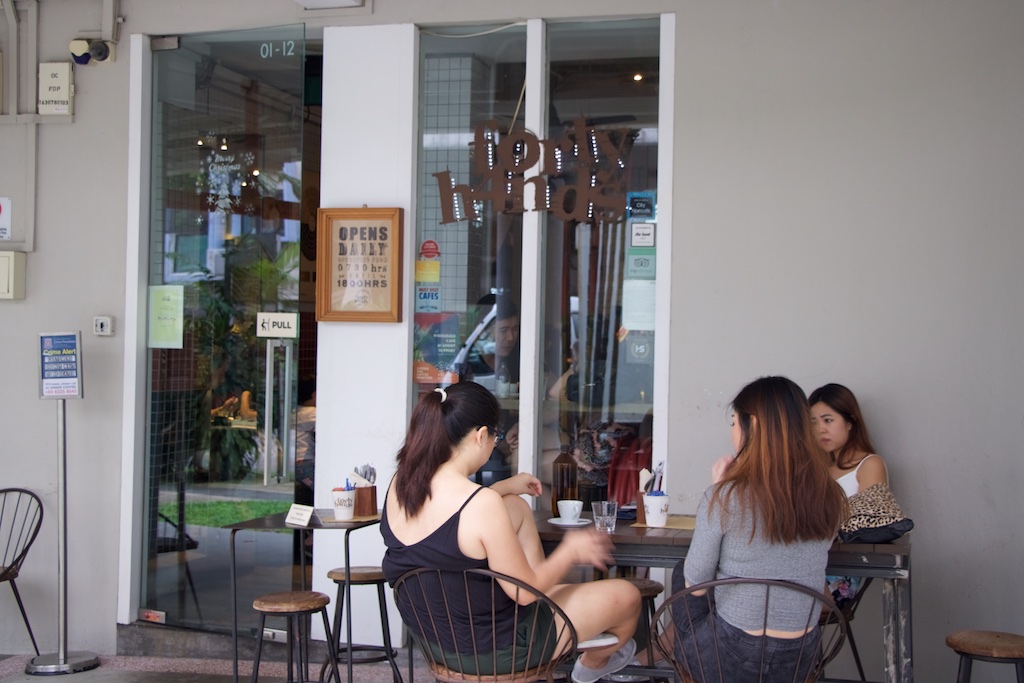 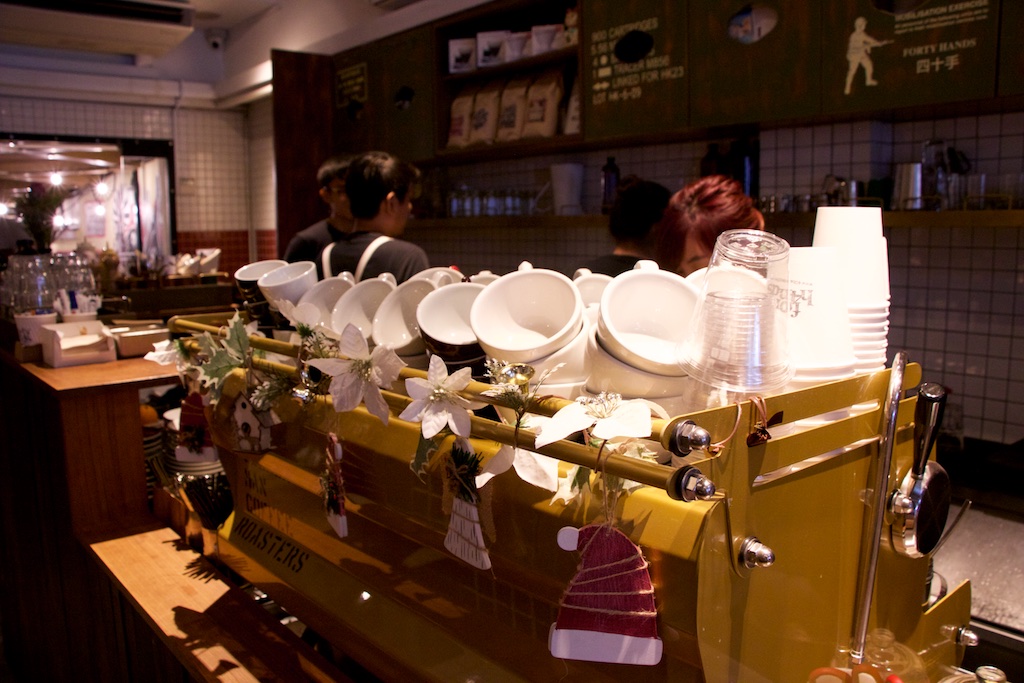 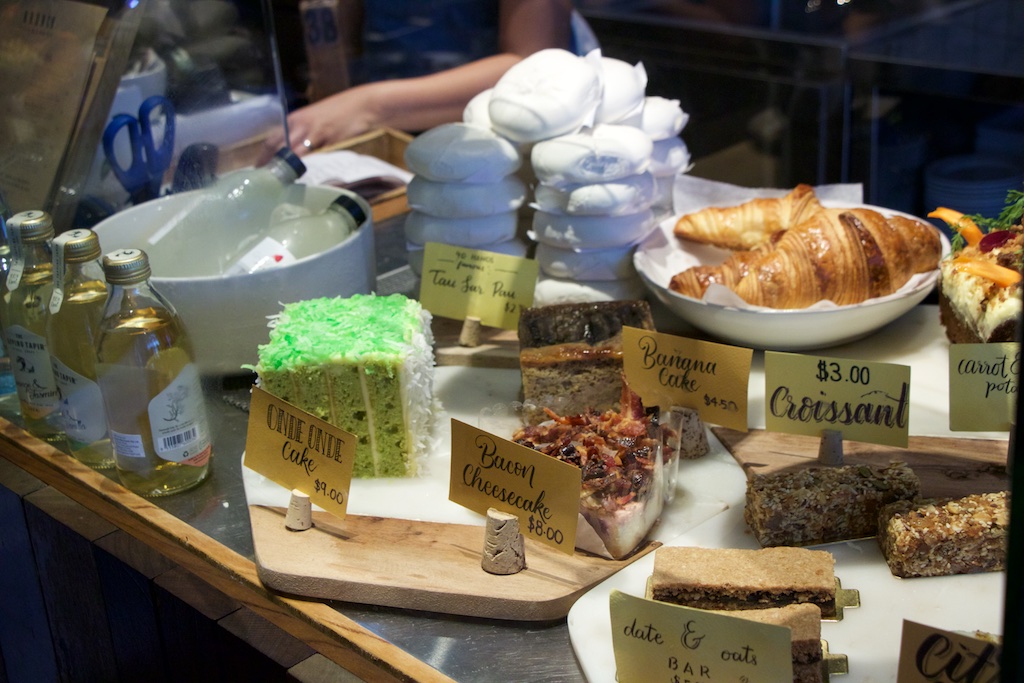 Then I wandered around a bit and browsed a bunch of cute bookstores. This one had a lot of travel guides for Asia. 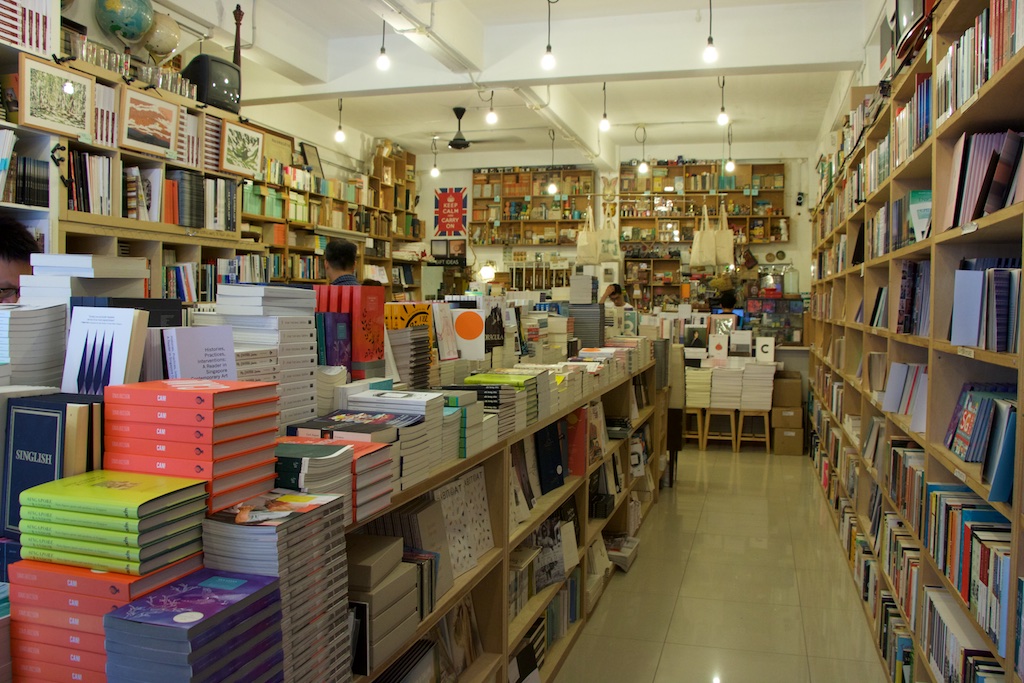 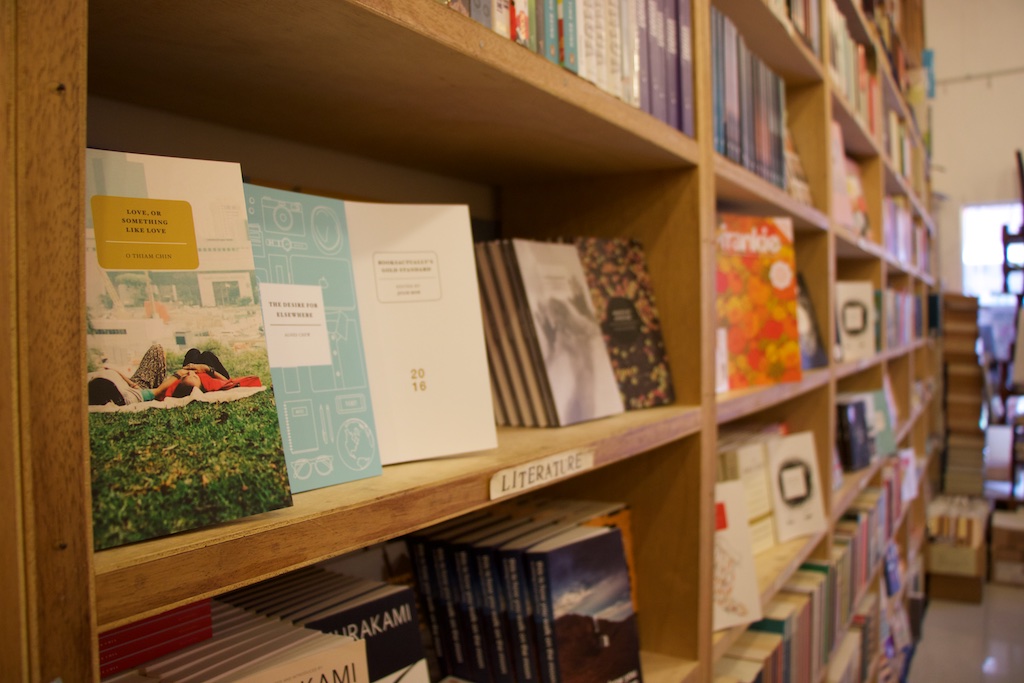 It even had this fun vending machine outside where you could buy a mystery book for $19 SGD. 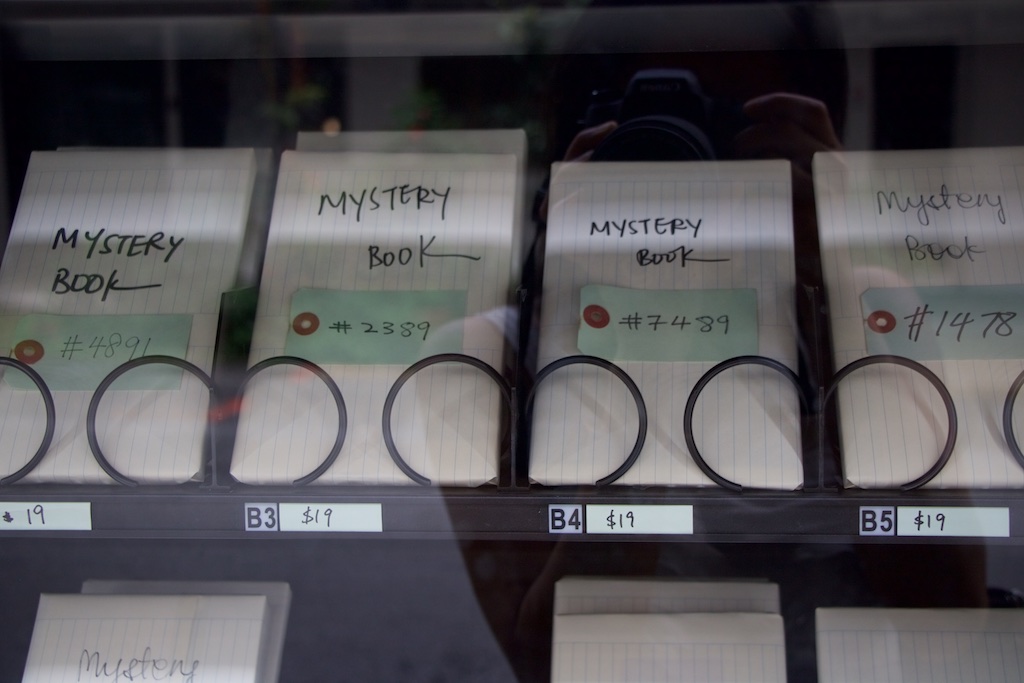 Lastly, I went by the Tiong Bahru market. I didn’t walk around the entire market but I saw a lot of vendors selling various goods like fresh flowers and fruits. 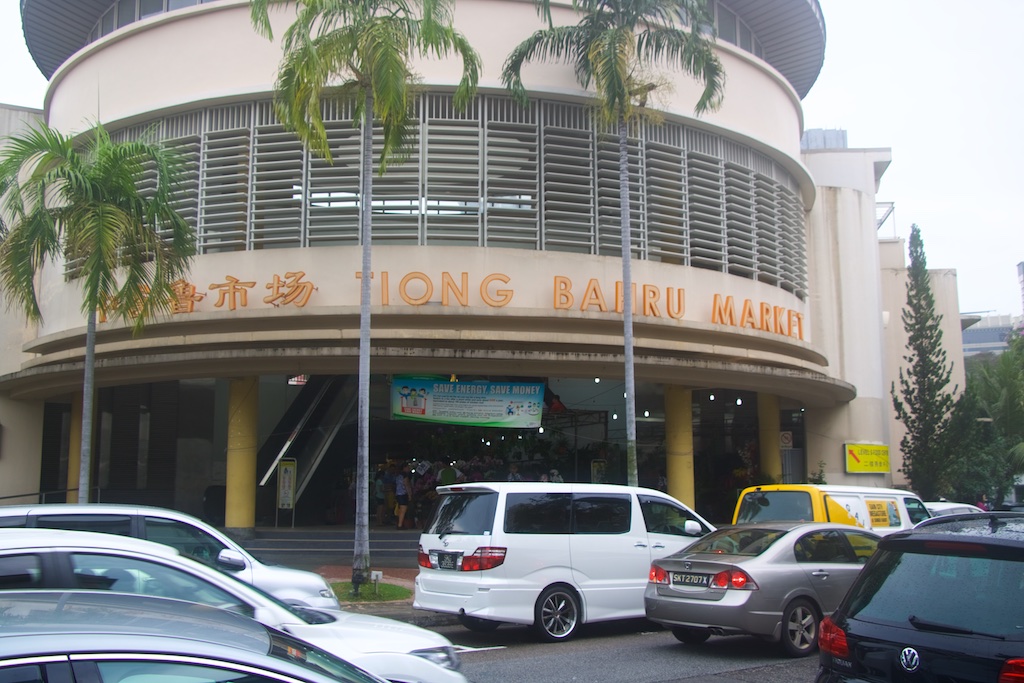 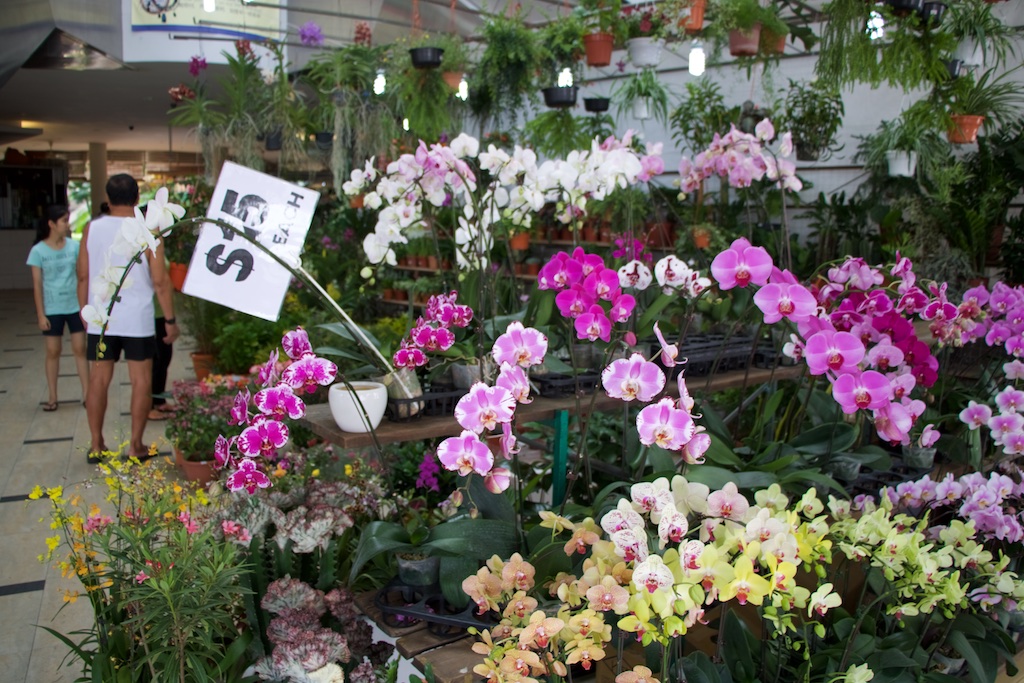 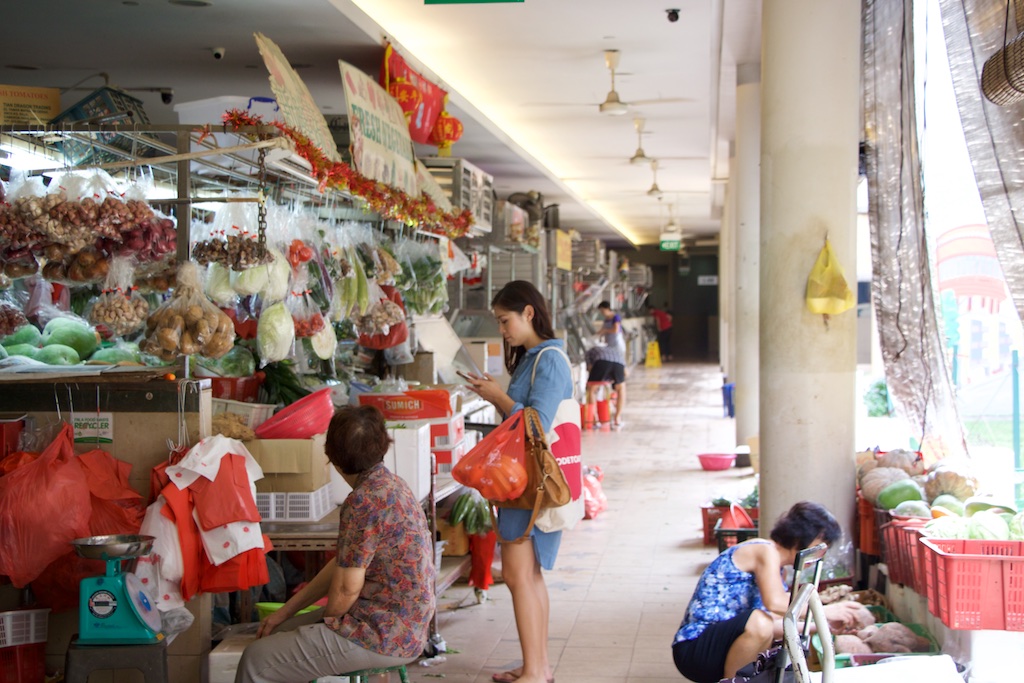 On the second floor of the market is a hawker center. 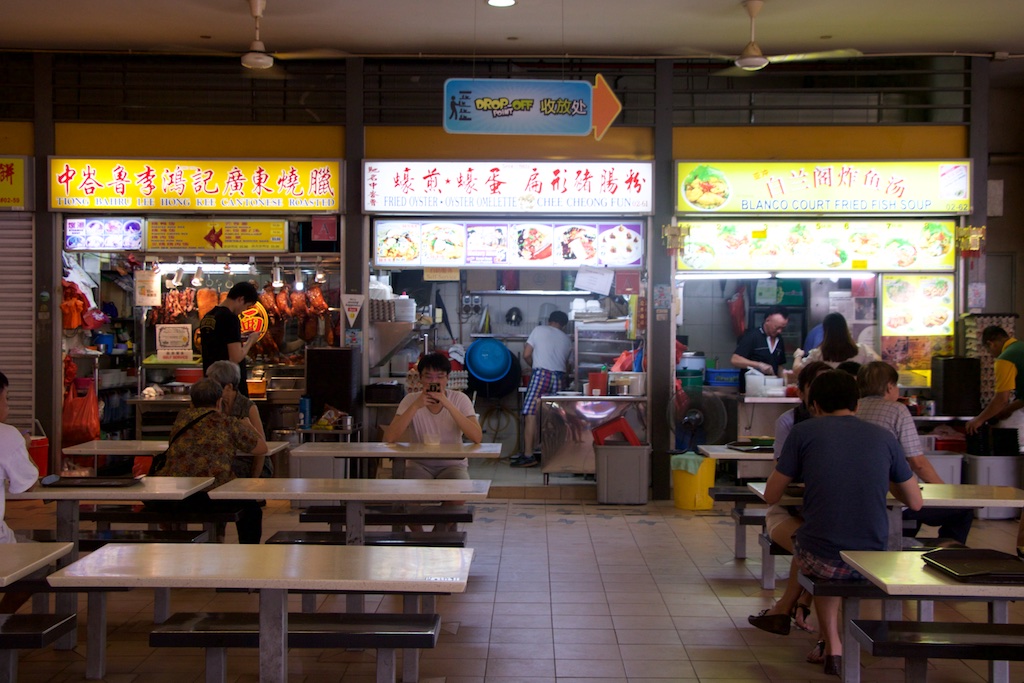 After perusing the seemingly endless number of stalls, I decided to try Hainanese Curry Rice. 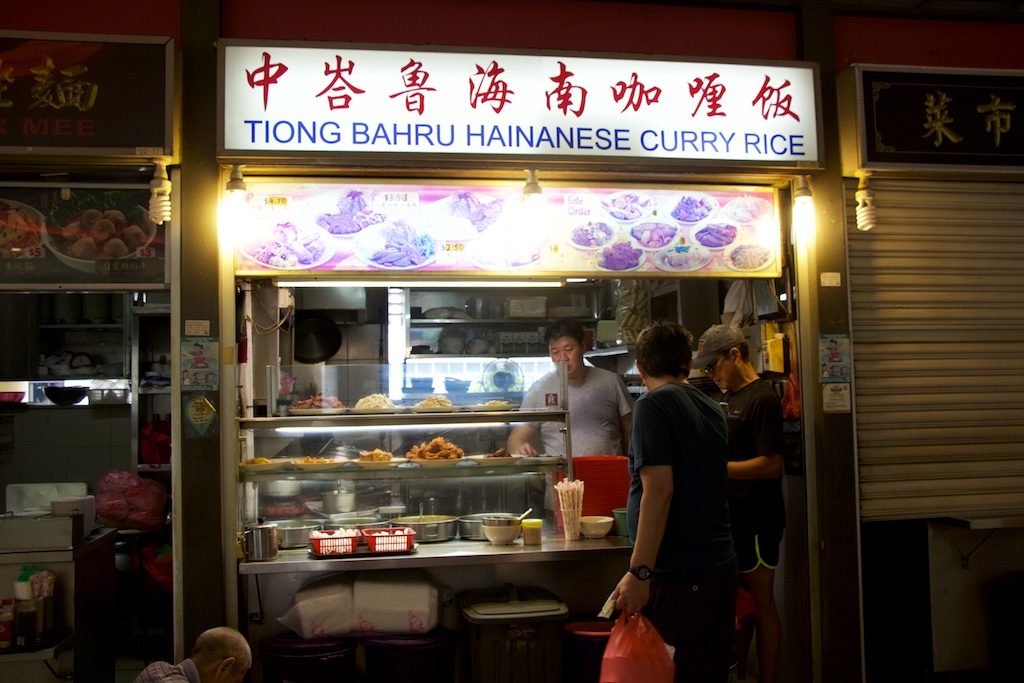 Hainanese Curry Rice is a Singaporean dish consisting of steamed rice smothered in various curries. At this station, you could build your own selection so I opted for chicken curry, green beans, stir-fried eggplant and fried egg, all for $2 USD. 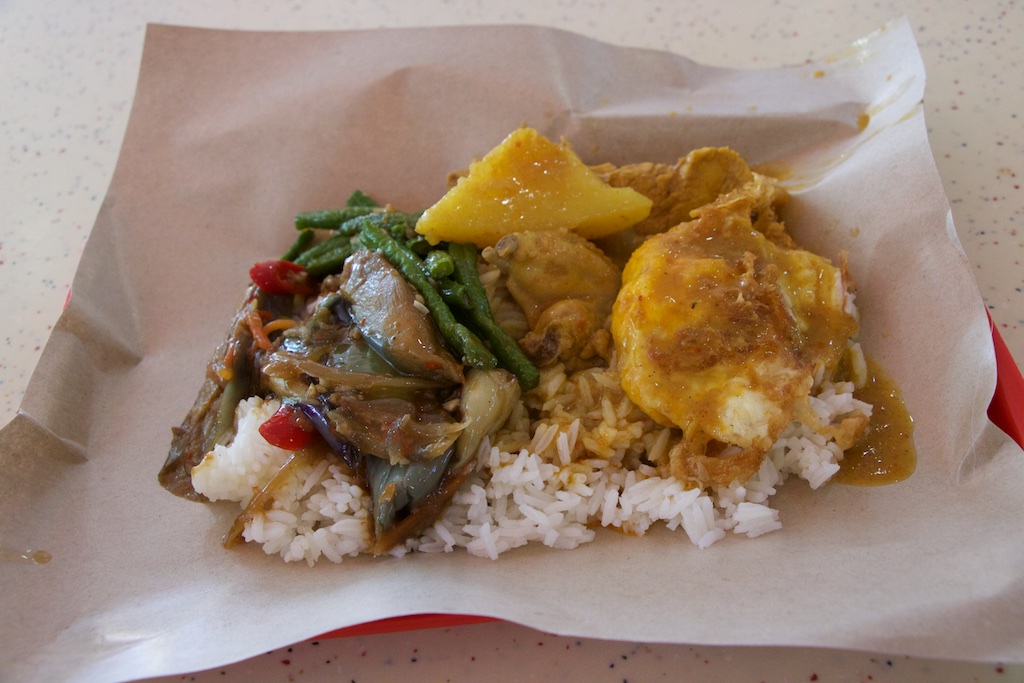 I know that’s not particularly delicious looking, but the thing about Singaporean street food is that it tastes 100x better than it looks… kinda like re-fried beans or tamales: gross looking and sounding, but surprisingly tasty.

We have some friends who live in Tiong Bahru, and after exploring the area I can see why. It’s the perfect blend of old and new, very quiet and neighborhood-like yet still really centrally located.

One thought on “Singapore: Tiong Bahru”