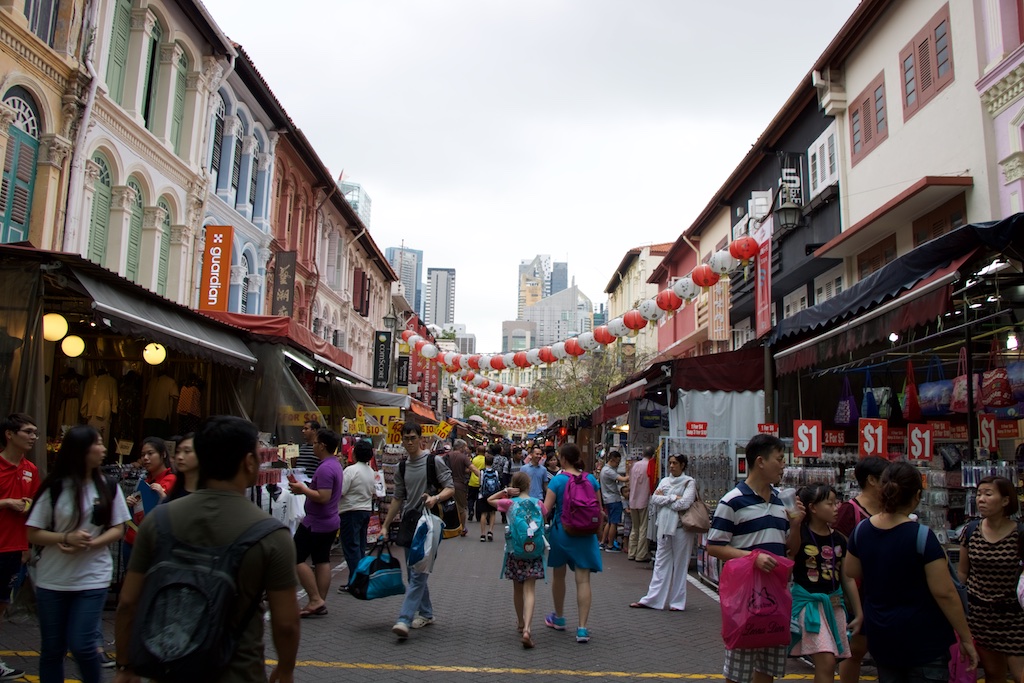 I have to admit that the last time I was in Singapore, I didn’t like it nearly as much as I do now. That’s because when Iann and I were here in September, we spent the majority of our time near Marina Bay where the F1 track is located. That area is very nice, but it feels developed and commercialized. This time back, I wanted to take advantage of my free time to explore different areas of Singapore–areas that have culture and charm and offer something unique.

I thought Chinatown was a great place to start exploring. It was bustling, full of life and authenticity and exactly what I was in the mood to see. 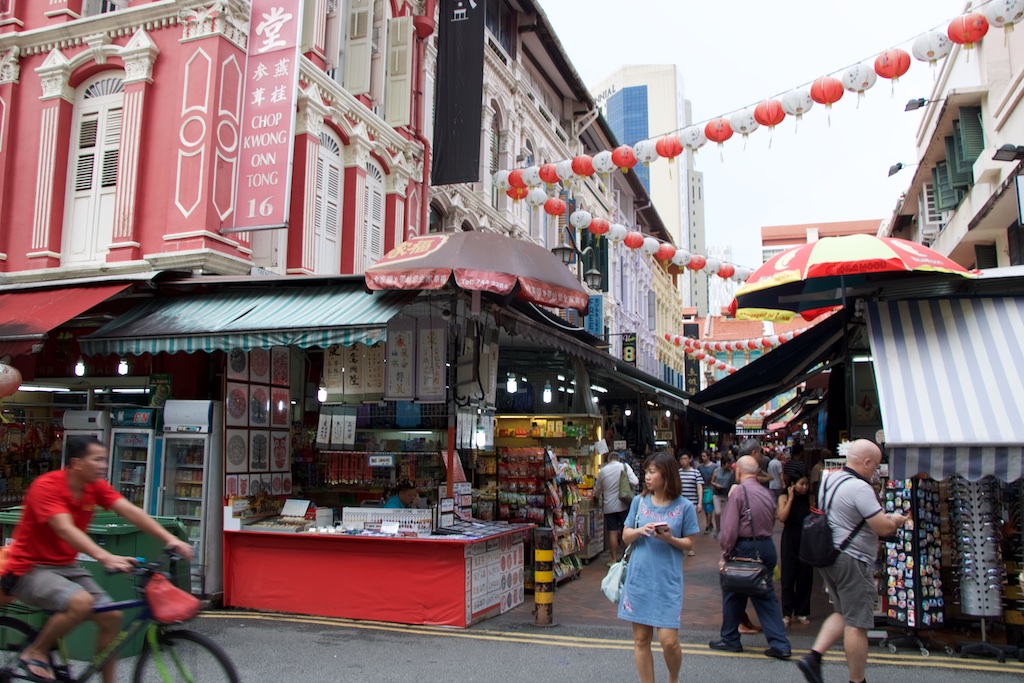 There were lots of authentic Chinese restaurants and stores, as well as souvenir shops selling all kinds of trinkets. 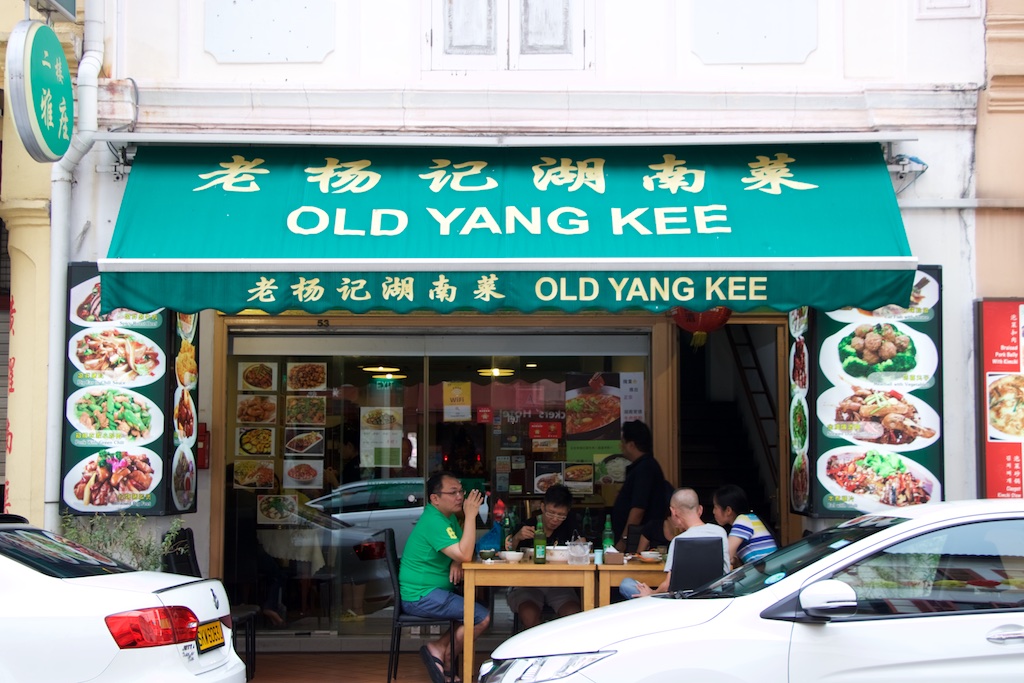 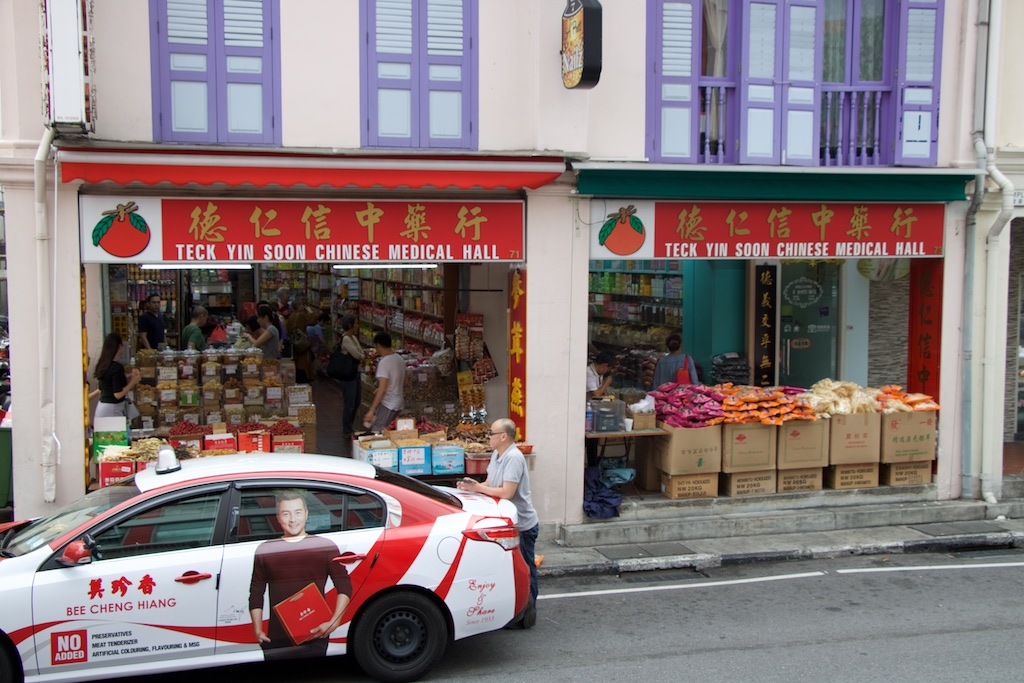 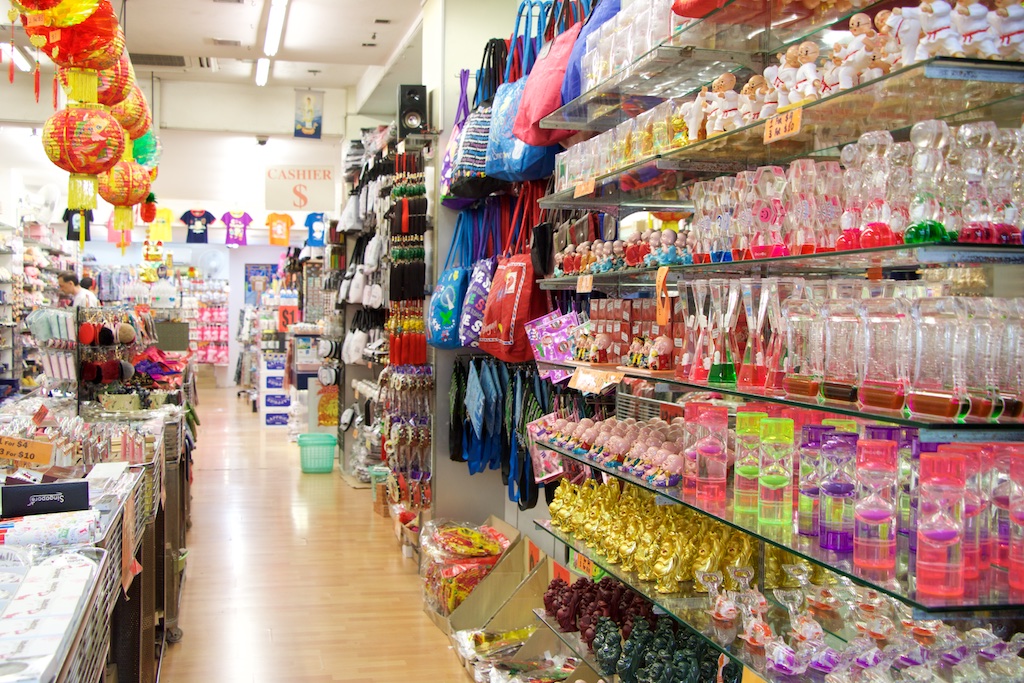 There was even a store selling all things red for Chinese New Year. 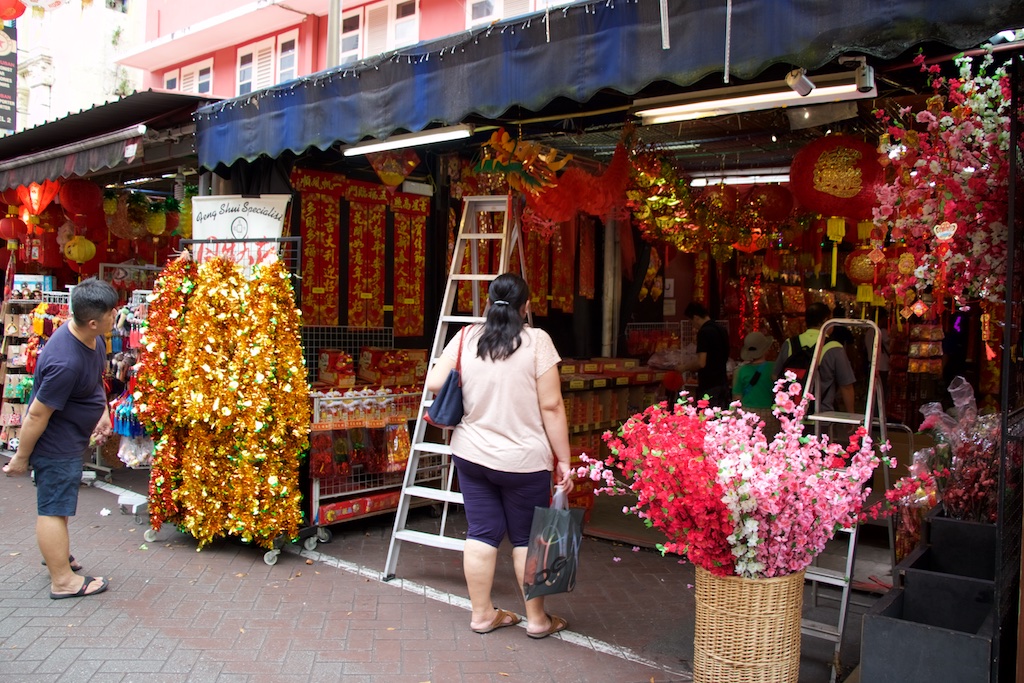 And of course, there are lots of street vendors selling fruits. Below is durian, a controversial fruit found in SE Asia. Personally, I think it smells like rotting garbage but apparently there are some people who really enjoy the taste/smell. 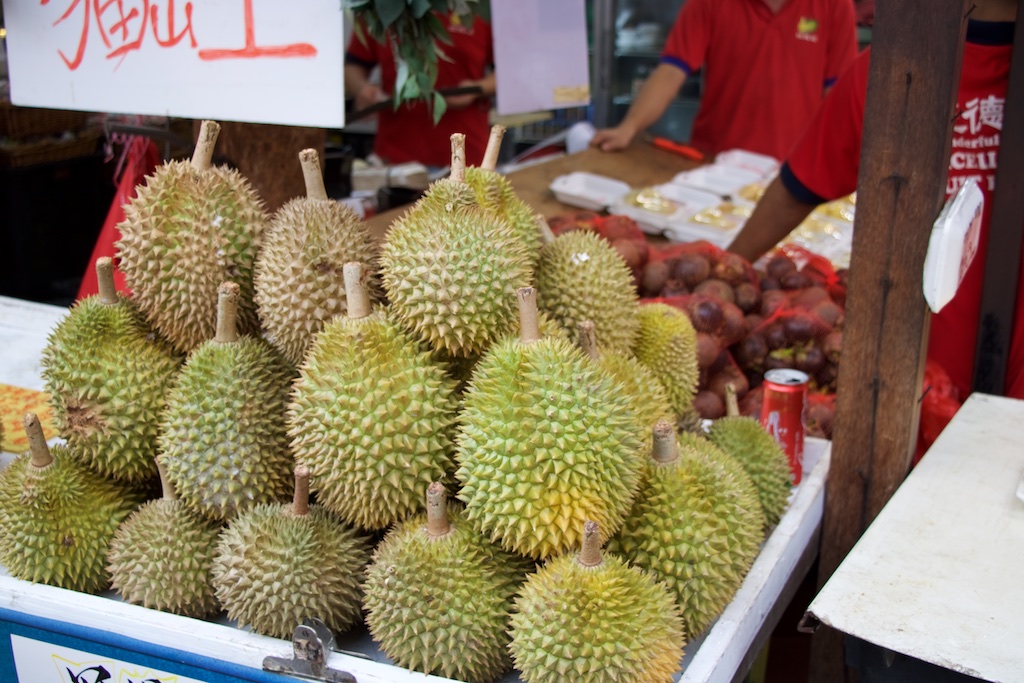 I also saw no fewer than a dozen stores selling bak kwa on each block. Bak kwa is a pork product that I’d describe as a cross between jerky and maple-flavored bacon. I remember eating these a lot as a little kid so they brought back fond memories for me!

I wrapped up my tour of Chinatown by heading to the Maxwell Hawker Center for lunch. A hawker center is sort of like an outdoor food court with tons of stalls selling regional cuisine. Hawker centers are all over Singapore and are my favorite place to find food because of both the quality and value. You can find a delicious and filling meal at a hawker center for anywhere from $3-5USD. 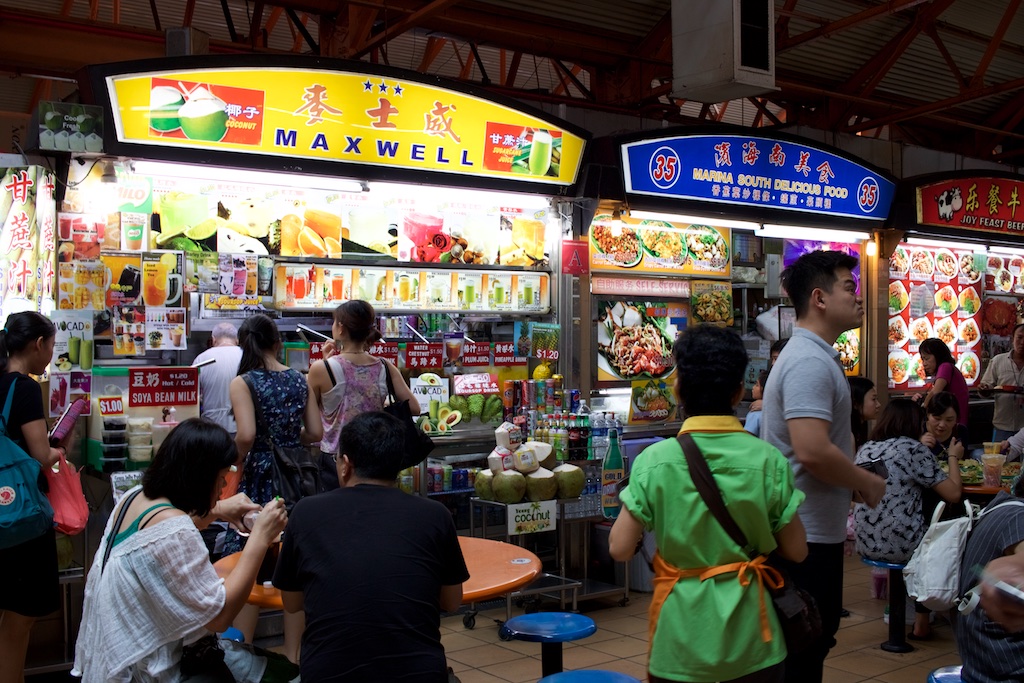 Maxwell probably has 100+ food stalls, but I was in the mood for chicken rice, which is probably Singapore’s most famous dish. Chicken rice sounds pretty lame, but’s actually wonderful: chicken slow poached in a flavorful broth, served with rice that’s been cooked in the broth itself, and topped with a vinegary-chili sauce that ties the whole thing together.

Tian Tian inside the Maxwell Center is known to have some of the best chicken rice in all of Singapore. There’s always a line, but I only waited 10 minutes to receive my lunch. 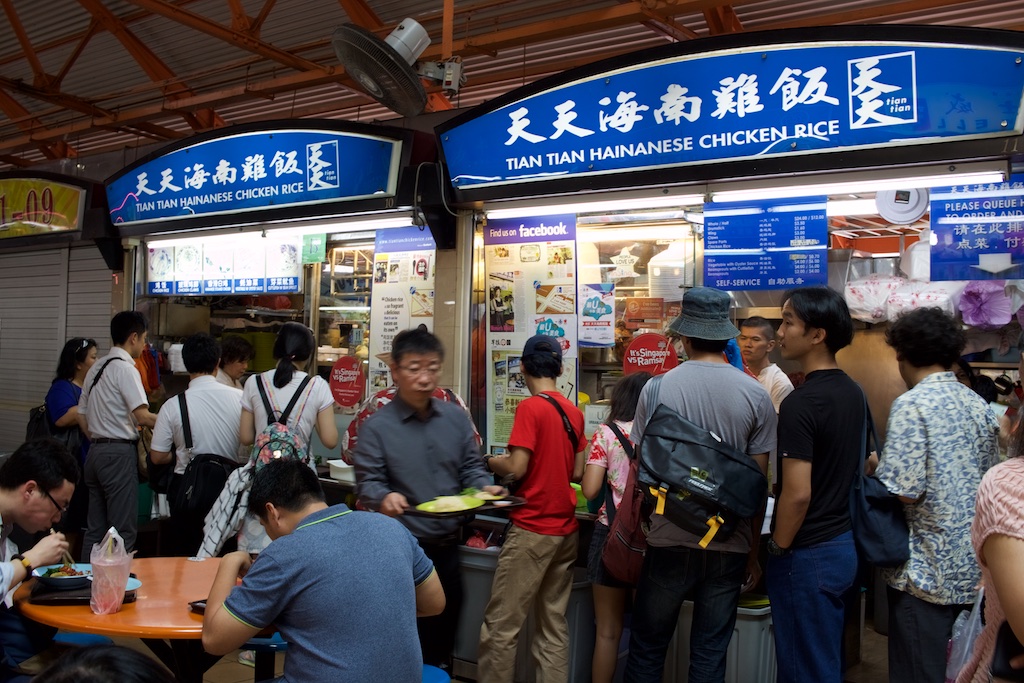 Anthony Bourdain called it “Chicken rice so fragrant and delicious that it can be eaten on its own.” (That’s him to the right of that speech bubble.) 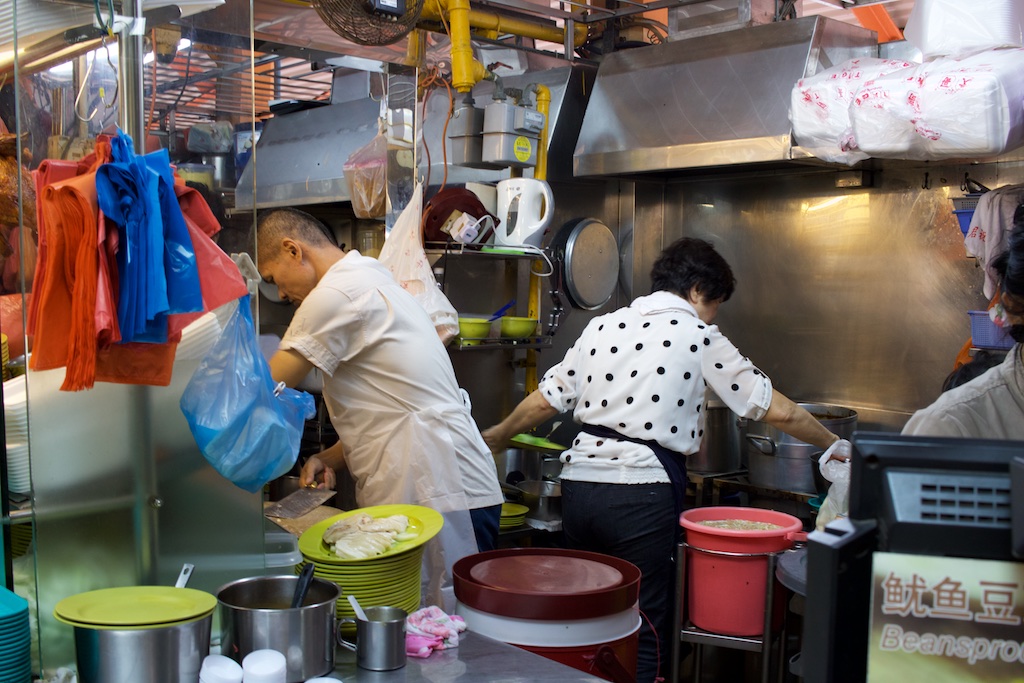 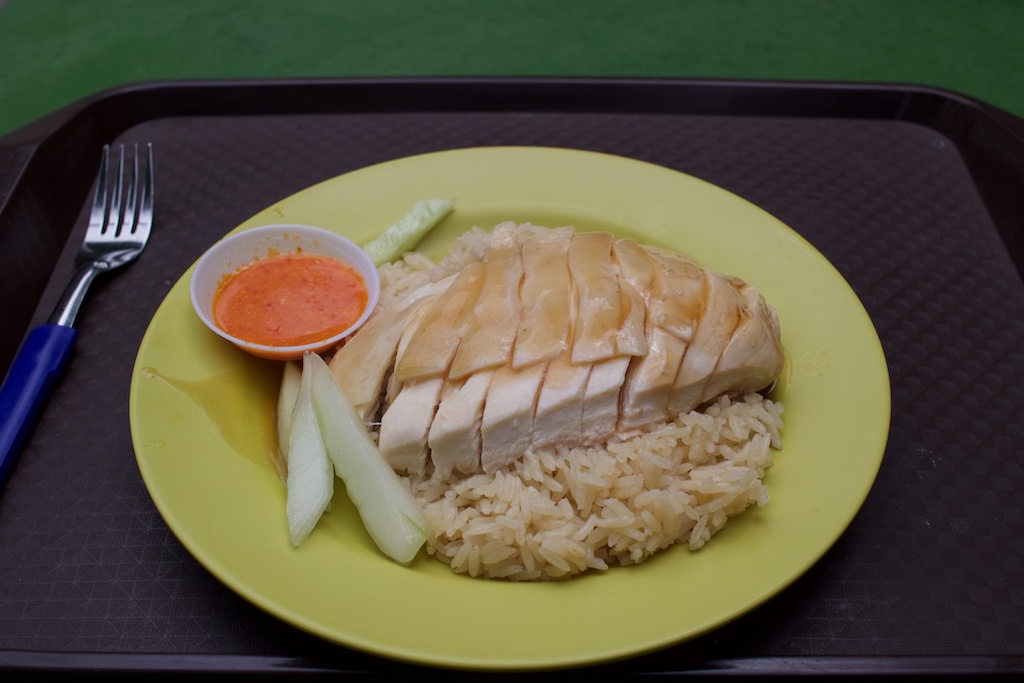 Chicken rice scores a 0 in the looks department but a 10 in the taste department. Aside from being really flavorful and cheap, I’ve found that it’s one of the healthier options from the hawker centers. A lot of Singaporean street food is deep fried or drenched in some salty-sugary sauce, so this is actually pretty clean in comparison.

I hope you enjoyed this post on Chinatown! Next up will be Little India and Tiong Bahru, one of Singapore’s hipster neighborhoods.

One thought on “Exploring Singapore: Chinatown”