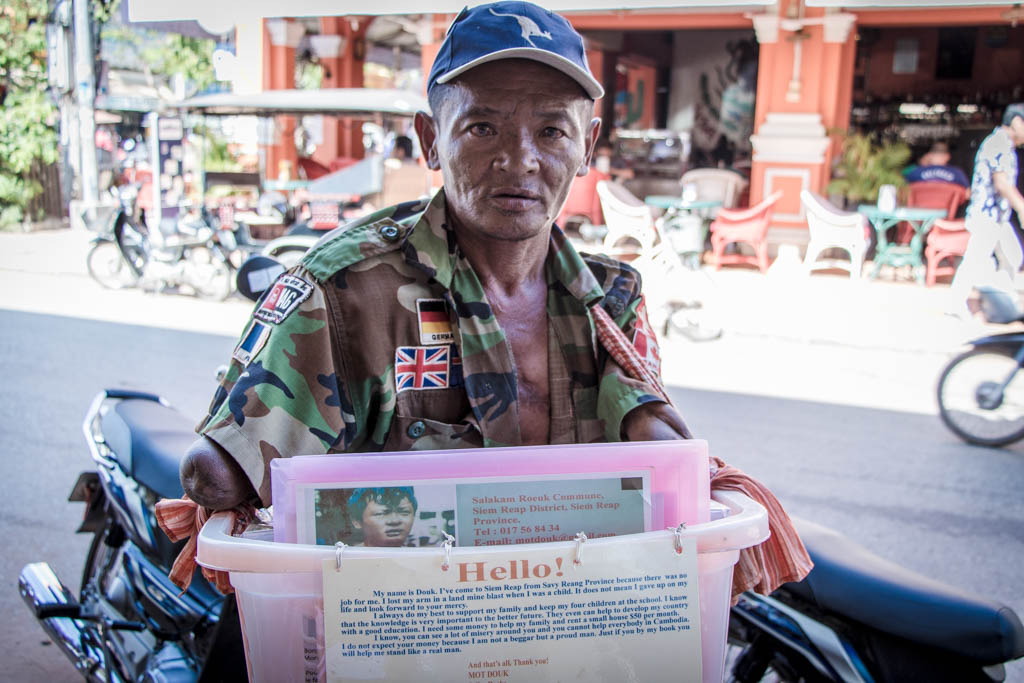 The scars of the Khmer Rouge are very deep and present in modern Cambodia. The lasting impacts of the brutal regime continue to affect the Cambodians and shape not only their modern world but also the experiences of western travelers. While you could easily skip past this text down to the pictures, I encourage you to read on. It would be irresponsible of me to show you the people of Cambodia without first telling you their history. Hopefully my story will positively change how you visit the country and interact with locals.

The Khmer Rouge and Cambodia’s Genocide

In April of 1975, Cambodia fell to the Khmer Rouge regime, which instantly set out to transform Cambodia into an agrarian socialism: they wanted everyone working by hand in farming fields and all modern aspects of life outlawed. They declared that the nation would start again at “Year Zero”, free of money, family ties, religion, education, property and foreign influence.

The Khmer Rouge emptied the cities, shut down all hospitals and schools, and abolished all civil rights. They killed anyone who appeared to be educated, together with their extended families, and threw them into mass graves. Doctors, lawyers, teachers, engineers, scientists, government employees, military members, and professional people in any field were tortured and executed. Often people were condemned for wearing glasses, knowing a foreign language, or simply crying.

Those who escaped were forced to work as unpaid laborers, often on rice farms. Children were separated from their parents and forced to work twelve-hour days without rest or adequate food. Hundreds of thousands died from starvation or exhaustion performing back-breaking work.

The Khmer Rouge was finally overthrown in 1979. During its four years in power, they killed an estimated two million people — over a quarter of the country’s population at the time. As Cambodia reopened to the international community, survivors told their stories and the full horrors of the regime became apparent.

The Current State of Cambodia

After the regime, the country was in a state of devastation, with little to no resources or even food to sustain itself. The country has worked hard to rebuild, but the Khmer Rouge have left a lasting impact.

During the war a staggering number of landmines were laid in Cambodia. An estimated four to six million of those mines remain, unable to be cleared because no one knows where they are. Today, 40,000 people — one out of every 290 Cambodians — are amputees. 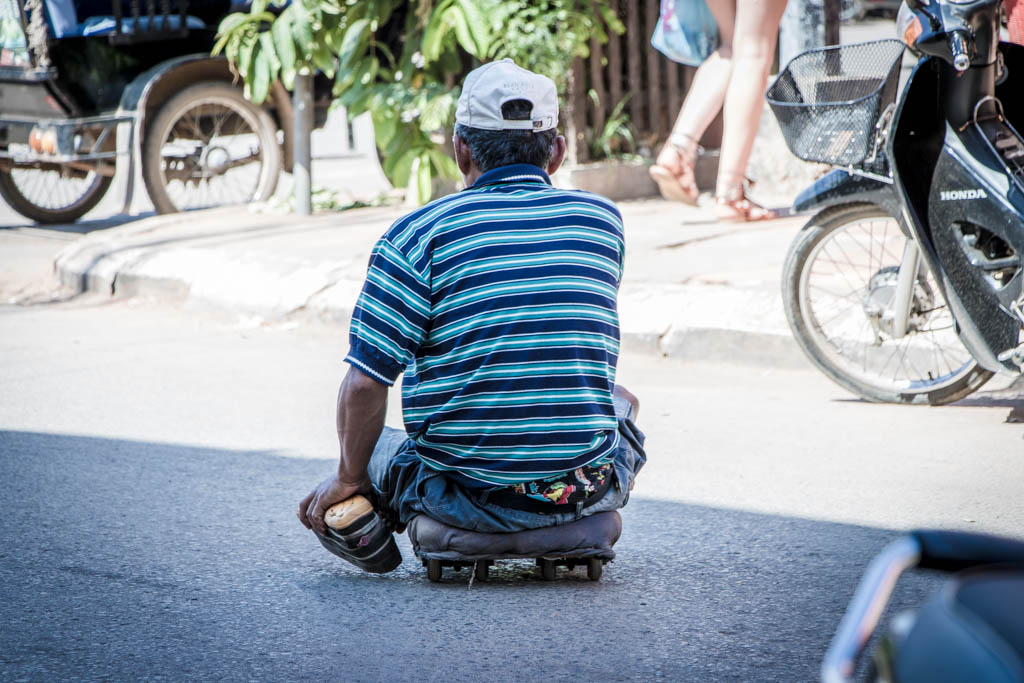 The majority of Cambodians live in poverty and 40% of children are malnourished. Everyone over 40 in Cambodia lived through these atrocities. Even children born after the Khmer Rouge can not escape; they are being raised by traumatized family members.

I knew vaguely of the Khmer Rouge regime prior to traveling to Cambodia, but not to the extent I’ve described above. As I learned more, I was suddenly aware and self-conscious about the fact that the nightly cost of my hotel room was as much as a factory worker’s monthly salary. “How can everyone here be so genuinely nice?” I asked myself. “Isn’t there some part of them that is resentful about what happened?” To the contrary, I found the people of Cambodia to be lovely and among the kindest I’ve encountered in my travels. All the smiling faces I saw were the faces of survival, defiance, and hope.

Meet Douk. I met him while sitting at a café on Club Street in Siem Reap. He was friendly and all smiles, showing me the American flag sewn onto his shirt when I told him I was from Texas. It was only when I asked if I could take his picture that he put on this face for me:

Douk lost both of his arms in a landmine blast when he was a child. Unable to work, he sells books to support his family. He had a variety of books in his basket, but he offered me a copy of “First They Killed My Father”, a book that I was assigned to read freshman year of college (but never did). I figured that was the universe telling me to buy the book. In retrospect, I don’t know why I didn’t buy all his books. I don’t know why I didn’t empty my wallet and just tell him to keep the money because he needed it more than I did.

Aside from my major fail (which I deeply regret) of not giving Douk more money, I tried to be a very conscientious traveler. I bought local goods whose profits went towards charities, hired local guides to show me around, tipped generously, and didn’t haggle over nominal amounts for things that were already so cheap.

Cambodia’s probably sounding unappealing after the less-than-rosy description I gave above, but honestly, it was great! Since I’ve bored you with words already, let me show you in pictures why Siem Reap, Cambodia is my favorite southeast Asian destination to date.

The Temples Ruins are Gorgeous 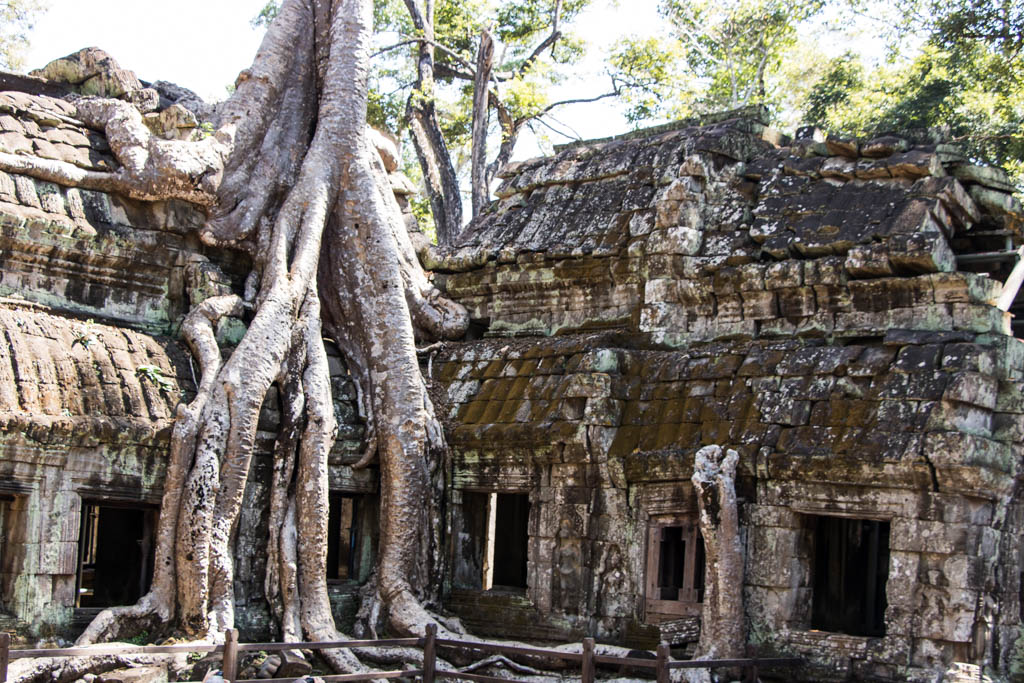 You can read all about that in my previous post.

The Hotels are Modern and Luxurious

I stayed at The Privilege Floor at Borei Angkor and loved it! It was hands down the best service I’ve ever received from a hotel. A personal concierge and driver picked me up from and dropped me off at the airport (complimentary!) and helped me sort out all the logistics of my stay and tour. They even gave me a cell phone for the weekend in case I needed to call my concierge or make local calls.

The Food Scene is Really Good

I had the pleasure of trying the Cambodian national dish, Fish Amok, while I was there. It’s a type of fish curry, but it’s different from the Thai curries were are used to eating because it uses different spices in the curry paste and has no chilis. I asked several locals what their favorite dish was, and everyone cited this so I knew it was a must-try. 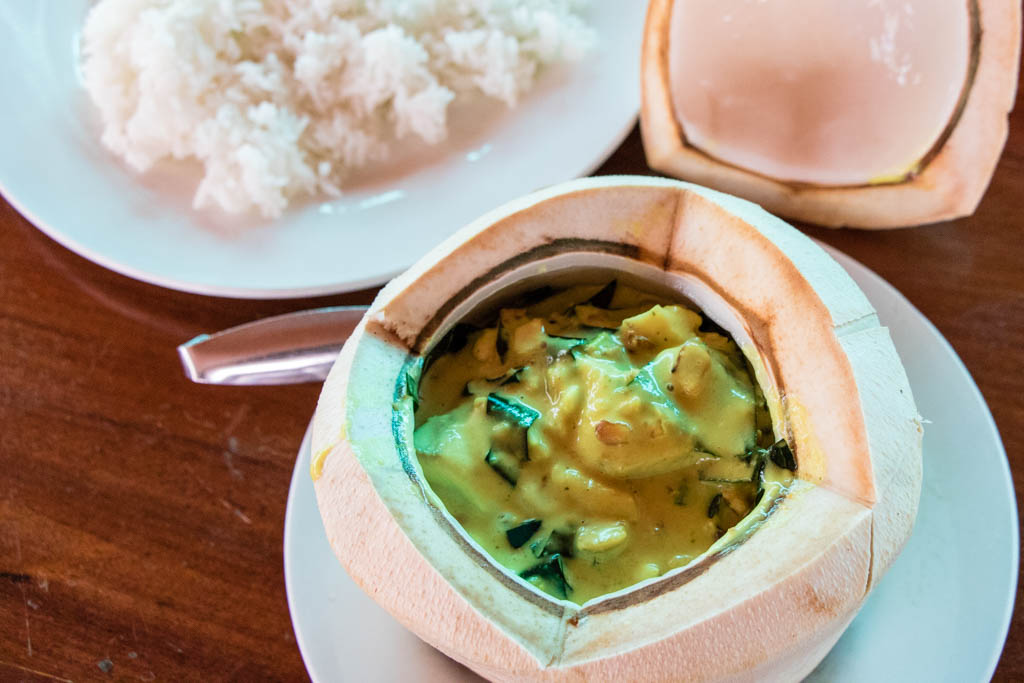 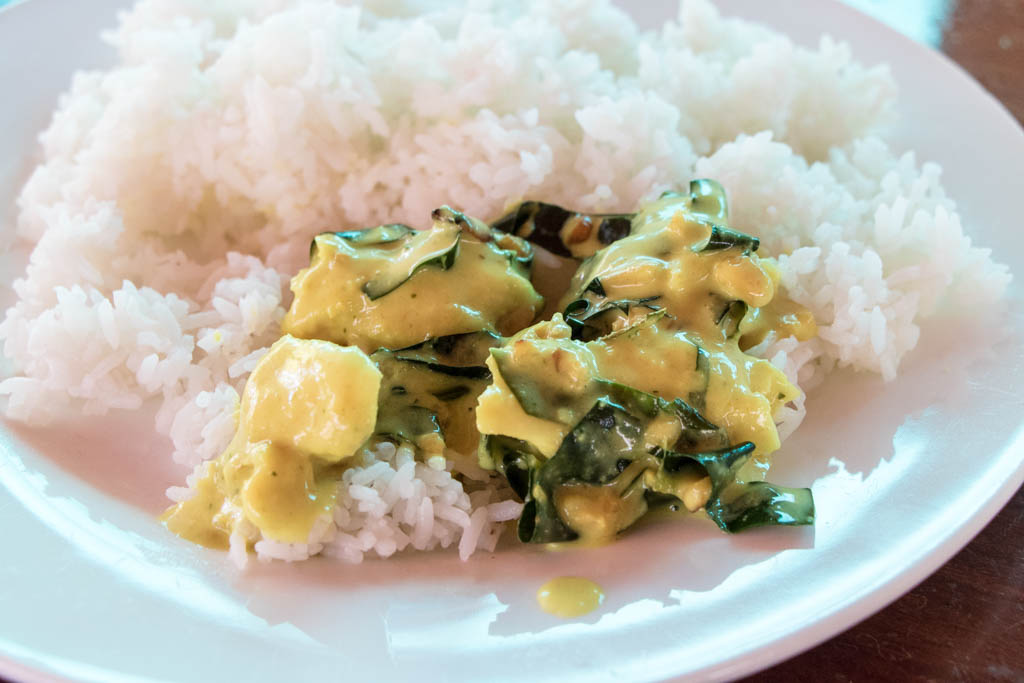 I also ate dinner one night at Cuisine Wat Damnak, which is currently on the list of Top 50 Restaurants in Asia. Run by a French chef and his wife, the restaurant serves up fusion-style dishes focusing on local and sometimes rare ingredients. I didn’t make a reservation in time (they usually book out a month in advance) but I stopped by at 8:45 and they were gracious enough to squeeze me in! They have a fantastic wine list and offer a 5- or 6-course tasting menu for $27 or $31USD, respectively. Those prices are inclusive of taxes and services charges, so I thought this was a steal!

You Can Easily Find Western Comforts. . .

Siem Reap is often seen as a city that exists solely to cater to the temple-bound tourists, so there are plenty of western restaurants, cafes, and bars. A popular part of town is the aptly-named “Pub Street”, which has good nightlife but also stays pretty busy during the day.

. . . or Walk a Block Over and Find Authentic Culture

But the city of Siem Reap also has lots of locals (who have to hang out and eat somewhere).

I also stumbled upon a great local market. It was interesting to walk the aisles and see everyone in action.

One thought on “Khmer Rouge and Traveling to Modern Cambodia”